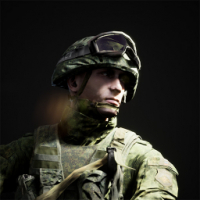 SQUAD CODE OF CONDUCT
One of the main goals we have in the development of SQUAD is to foster a friendly and helpful community of players. We want to avoid unnecessary arguments, flaming and hostility wherever possible so that all players, no matter how skilled or how experienced will have a great time playing the game. In order to realize this goal it is necessary to request, and when required, enforce some acceptable community standards.

The following code of conduct represents the behavior we both encourage and expect from members of the SQUAD community. These rules should be adhered to both in-game and when discussing the game on forums. In all cases, it is the spirit of the rule that is more important than the letter. Our intention when enforcing the code of conduct is to protect the best interests of the SQUAD community and playing environment.

WELCOME SQUADDIES
When playing the game you are encouraged to offer guidance and support to those less experienced than yourself, however, it should always be remembered that there is no wrong way to play the game, there are only effective and ineffective tactics. As such there will be occasions where even expert advice and guidance is ignored – there is nothing wrong with this.

The Steam forums and SQUAD official communication channels are a place for the community to discuss tips, tactics, and techniques for getting the most out of their game. They are also the location for the development team to gather useful information that assists in the decisions that affect the game in the future.

To achieve the goal of a welcoming environment the community team at Offworld Industries will endeavor to keep in-game chat friendly, and discussions helpful and on-topic.

Failure to follow the rules outlined below can result in your posts being moved, locked, edited, or deleted, your in-game chat abilities restricted or when necessary, your playing or posting privileges being removed.

INAPPROPRIATE CONTENT
SQUAD communication channels are intended to be used by mature adults, to that end posts containing excessive profanity, obscenity, insults, personal attacks, accusations or abusive language will be edited or removed and can result in disciplinary action being taken.

Using asterisks (*) or other characters to get around the language filter is still considered profanity, as is using abbreviations that stand for profanity. Post titles and images are subject to the same restrictions as post content.

Racist, misogynistic, sexist and ableist language is strictly prohibited. Harassment, abuse and bullying will also not be tolerated. Any of this activity, including racial, religious or sexual slurs may result in immediate banning in both community spaces and within the game itself. We will not be tolerating any level of toxicity in our community spaces or within the game.

CONSTRUCTIVE BEHAVIOUR
We freely acknowledge that there will be times when your experience with game performance or balance will be different to your expectations. As such it is not only acceptable but encouraged for you to feedback on areas of the SQUAD game or live services when it does not meet your anticipated standards. In order for your concerns to be acted on most effectively we require that your comments remain constructive at all times. “This sucks” tells us nothing about the problem or what you believe would remedy it.

We cannot guarantee that it is possible to immediately rectify problems that occur or resolve outages in live services but we are committed to doing so as quickly as possible. This goal will be significantly aided with your help in reporting issues in a constructive fashion – the more thorough and accurate your reporting of anything that comes up, the better we’ll be able to act on that feedback.

If you are particularly interested in helping to improve the game and try out new features before they’re released to the public keep an eye out for invitations to our Squad – Public Testing sessions. We regularly have sessions before major releases, and your feedback will often be taken into consideration if we’ve large numbers of applicants.

This discussion has been closed.